As we all know, animals are shit. Delicious, yes. Funny, occasionally but ultimately they’re just a massive waste of time and space. Apart from pigs who are delicious and cute. I would eat pretty much any part of a pig and snuggle up to one and also frolic with him in the sunshine in the fields of wheat. Oh yes I would.

Generally though, animals are devious and selfish and pointless. Especially the ones who simply refuse to evolve and end up as an irritating advert on daytime TV encouraging me to give money to save their doomed species. Well I’m sorry Snow Leopard but we all have problems, I’m not beautiful, majestic or mysterious and I don’t complain half as much as you do.

Anywhere, here is the definitive list of the 7 most annoying animal species as compiled by me on behalf of the WWF (before it became the WWE) The Undertaker is my favourite, wait I’ve got this wrong haven’t I?

I just need to get this one out of the way first; dogs are fucking annoying. I know, I know look at his adorable little face, he’s so cute. Well yes, he’s cute and yes pretty much all dogs are extremely loveable but that’s the problem with them, they’re just too damn loveable and they fucking well know it! They move in to your house and take over your entire life. You have to arrange your every waking action around their schedule, they cost a fortune and you have to do absolutely everything for them including cleaning up every shit they will ever take over a lifetime. Even babies eventually become more interesting and self sufficient and sometimes even develop in to decent human beings who are capable of making a valid contribution to society, dogs just take and take and take. Has it ever occurred to anyone that dogs used to be wild, just like rats or bats or manatees but at some point over the course of their existence they’ve all just figured out, en masse that all they have to do is act cute and give it the big puppy dog eyes and then they can just live the sweet life and milk humans for all they’re worth forever. All they do is relax on the sofa or on a massive doggie bed and enjoy being spoilt rotten by you, you foolish human. Dogs have been mugging our species off for long enough, the stupid adorable bastards. 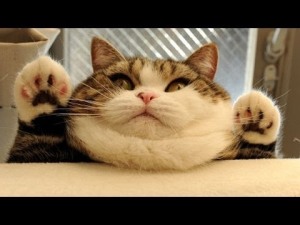 Just as bad as dogs in every way but at least cats are actually capable of fending for themselves for quite a lot of the time. They only really need feeding, and actually even if you don’t feed them they’ll just go and get someone else to feed them anyway. Having a cat is basically just like having a lodger, a really fat, lazy, devious and irritating lodger who asks you for food all the time and rubs themselves up against your leg and hairs up all of your clothes and scratches your furniture to buggery and wakes you up every morning at 5.30am because they’ve decided that that is the time you usually get up to feed them and then act like they’re just doing you a favour by reminding you of that fact. Hairy, devious little fuckers.

Bit of a curveball this one but Koalas make the list because they are well known, disease spreading sexual deviants. That’s right, Koalas carry chlamydia. I know, I know, you’re now reading this article going “Oh my God Darren was telling the truth all along, I never should’ve kicked his cheating ass out of my flat”. Well that’s right sister, it’s a fact, Koalas are fucking riddled with chlamydia and they need to be stopped. How many relationships have been ruined because one half of a couple has taken a year out to go travelling and ‘find themselves’ only to get interfered with by a Koala Bear and then accidentally pass chlamydia on to their partner upon returning home? Let’s face it if you travel to Australia you’re pretty much expecting to get raped by at least one species of vicious wild creature so I would imagine that the majority of Koala rapes go unreported. Hell, most people probably don’t even know that what’s happened to them is rape, they probably just think that that’s how Koalas say hello or that they were guilty of leading them on in some way or they’re just too ashamed to speak up, well it needs to stop. The public need re-educating on this matter and it’s up to the government of Australia to stop these dirty little bears from infecting any more of our clean and well behaved travelling gap yah student douchebags year on year. The dirty, diseased, piss taking bastards.

“Ooooh but they catch flies.”

Bollocks. I’ve never seen a spider catch a fly, and quite honestly how many flies could they even catch? There’s always going to be fuckloads of flies in the world and they are not even difficult to catch. Ever heard of fly paper? Come on. We don’t need spiders.

I have however witnessed spiders routinely invading my personal space, jumping out right when I’m at my most relaxed and shouting “Surprise Cockface!!” and making me jump up and shriek in fright and stand on the sofa like a girl. Don’t get me wrong, if a spider comes in to my house I will be twatting it with a rolled up newspaper, I will show it no quarter. I’m not just going to ignore the massive fucker or worse yet, trap it under a glass and let it outside only for it to rappel down from the ceiling straight on to my face in the middle of the night, I’m not that naive.

“But they’re more scared of you than you are of them.”

“NO THEY’RE FUCKING NOT DAD! If they’re scared of me then they’d never come running in to my living room like they’re Chuck fucking Norris would they!?” You fuck. 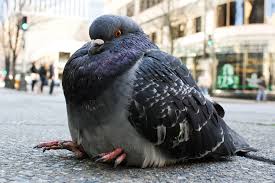 A fine example of a completely pointless animal. All they do is hang around town centres intimidating people. They’re the chavs of the animal kingdom. Two good stories about pigeons; one is that I used to work with a French exchange student called Francis who didn’t really know what he was supposed to be doing around the office and neither did anyone else really so he just used to come to my office and chat to me about nothing in particular and one day he said he had a funny story about “zee pie-john”.

Great story from Francis. One of his best and to this day I always refer to pigeons as ‘zee pie-john’.

Second was my fiancee Sarah who when I offered to make for her my delicious salad of wood pigeon, pickled shallot and raspberry vinaigrette responded with, “I don’t want to eat a pigeon Rick, they’ve only got one foot.”

Lazy, up their own arse good for nothing bastards. We do so much and spend so much money trying to stop these idiots from becoming extinct and for what? They are beyond help. Being a vegan is bad enough but only eating bamboo!!?? For crying out loud.

“Listen Yao Tzu, firstly, now that you’re here in the UK I’m going to start calling you Kevin, is that ok?”

“Great, listen Kevin we need to have a talk about your diet.”

“Oh but I only eat bamboo you see, it’s the native dish of the great Panda colonies and I wouldn’t want to…”

“Yeah you need to give that shit up. You’re in England now you can have whatever you want, we’ll go down to Pret and get you a nice tuna baguette.”

“A fucking falafel wrap then. Something with some substance.”

“It’s got no real nutritional value.”

Let’s just assume for a moment that eating bamboo isn’t that bad. It’s not doing the Panda species any good but they’ve just about managed to live this long by just munching on bamboo so fair do’s. The real problem is their refusal to mate. I mean for God’s sake we’ve put it on a plate for you!

“So hey, Kevin my man, how’s that superfood salad working out for you?”

“Oh well I tried it but I didn’t really like it so I actually had some sauteed bamboo for lunch instead.”

“I haven’t really spoken to her.”

“Yes I know but maybe you should get yourself over there and introduce yourself you lazy prick, see if she’s interested.”

“So you can get some sweet action my man.”

“Oh I’m not really interested in that, I’m sure she’s nice but…”

“I’m not a fucking pervert!”

“You only live til the age of 20 Kevin you fuck! Sorry to break it to you but you’re not getting any younger now go and make sweet love to Shirley whether she wants it or not, we spent fifty fucking grand flying her over here from Taiwan.”

“Your whole species will die!”

Basically just an up its own arse, stuck up, devious, overgrown cat. Straight in at number 1 it is of course, the Horse. I for one would never ever trust a horse and you shouldn’t either. Horses are either posh, aristocratic bastards or filthy pikey bastards but whatever their social status they will kick you straight in the face and kill you or bolt and throw you over a hedge and trample you and act like it was all your fault. Definitely the most untrustworthy animal in all of creation.

Some of you are probably going, “Ah but what about Man, Man is the worst animal of all.” Well, well done you, you smug douche, you’re right. Man is by far the stupidest, most foolish and pointless creature on the planet. Anyone who would shelter a Cat, pet a Koala, give money to a Panda or attempt to ride a Horse deserves everything they get.

What a bunch of retards.