I get a lot of CUB’s following me on Twitter, most of whom I’m assuming have never looked at my page but just saw me amongst the followers of some other bands and thought that their crappy music is similar and that I might follow them back. Now I’m sure you’re going, “Rick that can’t be true, you’re so funny and handsome and I’m sure these bands are just fans of yours” and you may be right but I think the majority of them just want to up their numbers, well not on my time do you hear? If you want endorsement from me then you’re going to have to earn it the hard way sunshine! (That probably sounds a bit creepy, I just mean I’ll review your band on BadTripe.com).

I posted a tweet recently saying that any CUBs who follow me will get a free review on here which may be seen by anywhere up to 5 people a day who accidentally visit my site, great exposure I’m sure for any young kids with a dream of making it in music. Plus it’s only fair, if you expect me to support your band then you should be prepared for my honest feedback.

Now before you all start banging on about art and criticism and “hey c’mon man who are you to criticise our music what have you ever done?” Well let me tell you my band signed a record deal and released an album, albeit only in the great nation of Japan but it’s still a record deal you bunch of pricks and our album is available on Amazon for £18 or roughly 2500 Yen and it has a 5 star review (from me – I tried to change my name on Amazon to Nick Dwight but it didn’t work). So there you have it, I’m better than you, my opinion is worth more now let’s do this! 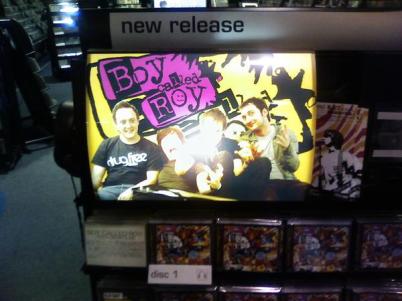 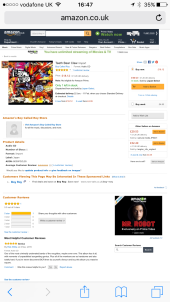 First up @roguesgalleryca  from Rosemead California who describe their sound as ‘quirky’, well my friends quirky as in how my old R.E teacher used to wear purple tights with orange shoes or quirky as in deliberately trapping your genitals betwixt the pages of your Nigella Lawson cookbook for sexual gratification? Let’s find out….

BadTripe Verdict: Hippy Yank Indie straight out the 90’s. I’m listening to ‘No Way Home’ and I’m hearing bits of Nada Surf and The Dead Milkmen which is no bad thing but the track lacks a major hook. I Imagine these guys like riding longboards, smoking a bowl and communicate with each other using only the word ‘dude’. More quirkiness required in my opinion and get a fucking haircut you bunch of stoner bruhs…

Next, from Newcastle-Upon-Tyne we have what appears to be one person going by the name of Tardigrades in Space @spacetards and with a Twitter bio that reads, “Anonymous mega-twat shitting out music in a bedroom nearer to you than you’d find comfortable” I’m definitely interested.

BadTripe Verdict: Fucking ace! Within about 3 seconds of listening to ‘Infanticide’ I knew it was for me. There’s this awesome post punk/lo-fi vibe which reminds me a bit of early Cloud Nothings, the vocals have some creepy weird effect on them which I love and the guitars skip between intricate and happy sounding riffs one minute to nice and sludgy power chords the next. The track never stops moving, a really fun listen. This is certainly Nigella level quirky and you sir have got yourself a follow and a fan.

**A quick aside – as I’ve been sat here writing this I’ve been followed by ‘Mellor Golf Club’ and I was really hoping that was a band as it’s a good name but alas it is just a golf club. Not too sure what they want with me.**

The State of How

@TheStateofHow from Orlando, Florida seem to be a very professional outfit, which won’t do them any favours around here. Professional pictures, fancy-schmancy website and an album on iTunes although I can’t tell if this is self released or through a label so are they even officially a CUB? Not sure…

BadTripe Verdict: Very well produced and strong songs, reminiscent of The Postal Service or Panic at the Disco but for me it’s just all far too polished. A harsh criticism given how tough it must be to break through, especially in the states. On paper I should like this band but they sound like quite a lot of other people would like them and that makes me not like them, you see? This sort of unpredictable, fickle attitude must be maddening for bands which is why I chose to give up music and work in Telecoms, where you can be 100% certain that everyone hates you for the reasons they have stated clearly.

Time for one more?

With a name that sounds like a bad case of dysentery, Southern California’s @RingHollow do look rather serious in their moody black and white Twitter photo. Every tweet is for a ‘new single which has just dropped’. The fact that there seems to be one a month points clearly to CUB territory.

BadTripe Verdict: Generic metal yawnathon. This kind of metal has been done to death, just a bloke shouting over some arbitrary Ibanez guitar and a shuddering double bass drum. I like a bit of metal but there’s got to be something to distinguish it from everything else. Not for me I’m afraid chaps, maybe just lighten up a bit? It’s all so angsty why not write a song about the pleasant feeling of using a hair dryer on your balls on a chilly winter’s morning or the satisfaction one derives from knowing one’s spice cupboard is really well stocked. Just some ideas.

Well that wraps it up for this week. Hopefully I’ll get some more bands to review soon and make this a regular thing. Until then good luck to all you Crappy Unsigned Bands out there! It’s really hard but whatever happens it’s a fucksight more fun than having an actual job and responsibility and shit so think yourselves lucky and just enjoy it while you can.